More interestingly, a significant portion of Republicans and Republican-leaning voters are open to the idea of a GOP primary. But actual challengers polled against Trump do not do well. 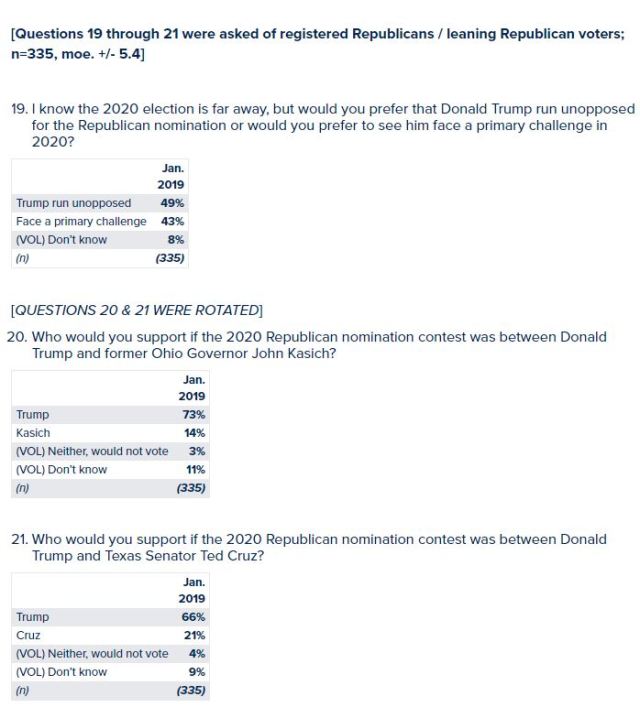 There are two ways to read this. One, many Republicans may like the idea of a primary even though they support Trump. They are Republicans who are also small-d democrats. Another idea is that many would support a theoretical challenge to Trump, but they can’t think of anyone they’d support to defeat him. Either explanation is pretty troubling for the 10-20 percent of Republican voters who probably strongly want another Republican nominee for 2020.

One thought on “A significant portion of Republicans are open to a primary challenge to President Trump. The problem is, actual candidates don’t poll well”